Today Danny brought moon cakes to school. His mum made moon cakes to celebrate the Chinese Moon Festival when families gather together and eat moon cakes while admiring the full moon.

Email ThisBlogThis!Share to TwitterShare to FacebookShare to Pinterest
Labels: Speeches, Will

On Thursday the middle and senior school went to the auditorium to watch the Strike performance. Strike is a really, really loud drum band. When we got there it was really noisy.  When it started they started with a big bang.I felt like jumping out of my seat and screaming with fright. Then the two other people joined in with him. There names were Mr T, Taka and Jimbo. The instruments they were using was a Bass drum, drum kit and Cymbals and a high top and the Marimba. The Marimba sounded like waves from the sea.

Then I started getting used to it. After they finished their first drum bit they started talking to us. Next they did another Drum bit again but it was much louder. Jimbo was kind of doing a little dance all way through when he was doing the drums.

Next it was the teachers turn to do it. So 2 teachers came down and both there names were Sarah. Sarah 1 (Mrs Alsari) was on the high top and Sarah 2 (Mrs Cameron) was on the drum.

The next thing they did was the cup song but instead of using cups they used cans on a black table.

After that they got 3 sticks and put them in their hands. They had a spray in their hands too. Then Mr T got a lighter and lit the sticks on fire and started spraying the spray at the fire and blowing at the same time. The fire was blowing in the air making steam waves. It is safe for them because they were trained by a professional and by a fire station.

The next thing Mr T said to us to politely ask Taka if he could play the piano for us. When he was playing the piano it sounded like God singing. I felt like jumping up and singing.

It was a shame because when Taka was still playing the piano Mr T joined in and made Taka stop.;(

Then they started talking to us again. They let us ask some questions about them.

When Strike was playing I heard fun and noise, I tasted joy. I felt like jumping around on the floor in front of the whole of Manurewa Central School. My favourite part of the show was when they were doing the cup song. I would recommend this performance to everyone.
Posted by GA at 21:07 6 comments:

The Noisy Strike
Boom! I got frightened when the drum played and I didn't pay attention. I started to look and it was so loud. I didn't block my ears because I wanted to hear rocking music. Mr T , Taka and Jimbo were the Strike people.

Bang! went the bass drum. Kapow! went the drum kit. The cymbals were in a good rhythm even the high top. Bash! It was so noisy I thought my ears would burst off.

The marimba was peaceful. It was like a lullaby. It sounded like the outside of birds yelling together. After that they called some volunteers to come and play. From our class Netani and Ashleigh went. Mr T told them what wooden parts to play. Ashleigh was confused which part to tap.

The teachers went down the steps and they played different instruments. They had a competition to see who played the best music and at the end they had to arm wrestle but they forgot that.  They both played really well. But they made a lot of noise. Mr T told them to do some flips.

They had a break and did some tricks with the cans. They did the cup song and Jimbo and Taka couldn't do the cup song. I laughed . When Mr T did the instructions one by one they started to get it and pass the cans to each other.

When they did the fire I thought they were going to blow it from inside their mouth. But they blew it from fire sticks. They used some sort of spray to blow the fire. It actually made music. They turned off the lights.

My favourite part was when they did the fire. I had a wonderful day. Sometimes I thought my eyes were going to fall off because I opened them so wide. The end.

Trip to the local Sikh temple.

Here are a few photos from our wonderful trip to the Sikh temple up the road for a talk about the Sikh culture and a delicious lunch. 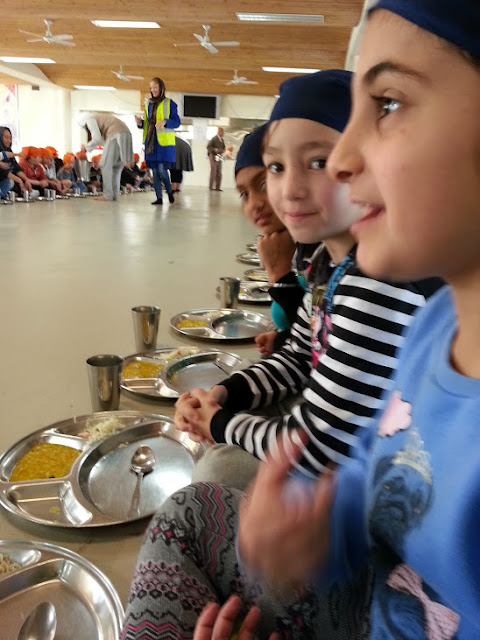 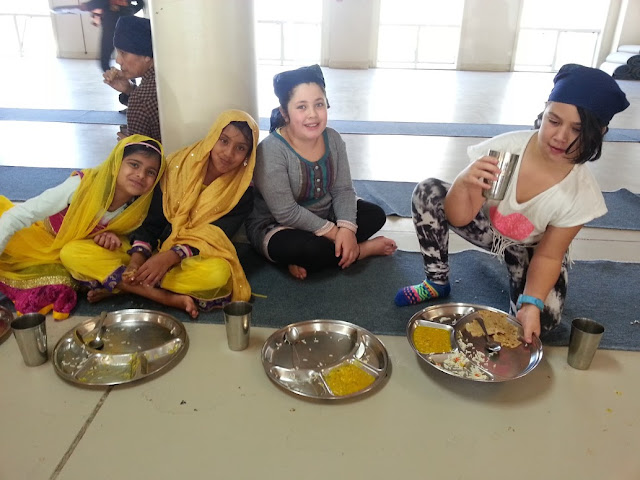 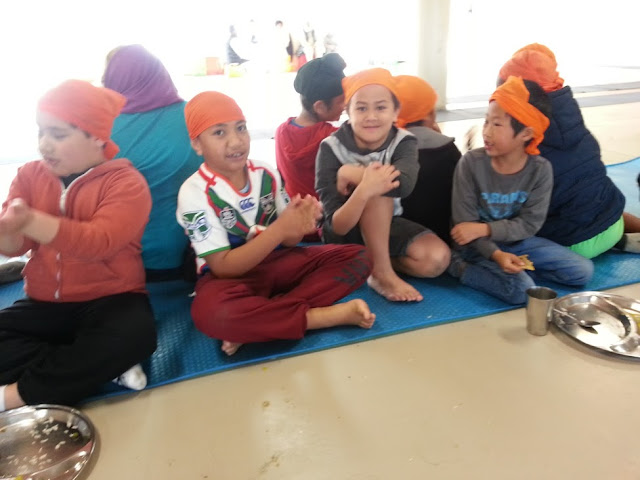 Yesterday we walked to the temple. First we took off our shoes. Next we lined up and we put on an orange scarf to show respect. Raj talked to us for 1 hour.

After that we walked down stairs and sat down. We ate rice and curry. The rice smelled like our normal rice. When we finished our food we said a big thank you for giving us food. We went to put on our shoes and got ready to walk back to school.


In the temple we had to wear a scarf on our head. When we cover our head it is a sign of respect. I wore a sari. It is a sort of dress.

The temple was as gold as coin. They told us all about their culture. I learned they can't cut their hair. On their right hand they can't steal because they have a bracelet that's sort of their god. It was made out of steel.

They had the yummiest food ever. They had rice, dhal and best off all roti.

We are a Year 3 / 4 class from Manurewa, South Auckland, New Zealand. We have created this blog so we can share our learning with our family, friends and wider community.
We hope you enjoy viewing our blog. We would love you to share your thoughts, and leave comments about our work.